Australian visual artist Anthony Pelchen spent three months at Rimbun Dahan on an Asialink residency in 2010. During his stay he contributed works to the 2010 Art for Nature exhibition, and helped to produce the Melaka Art & Performance Festival 2010. In 2013 he presented the exhibition Kuang Road Prayer at the Horsham Regional Arts Gallery in Horsham, Australia, with works inspired and begun during his time at Rimbun Dahan. 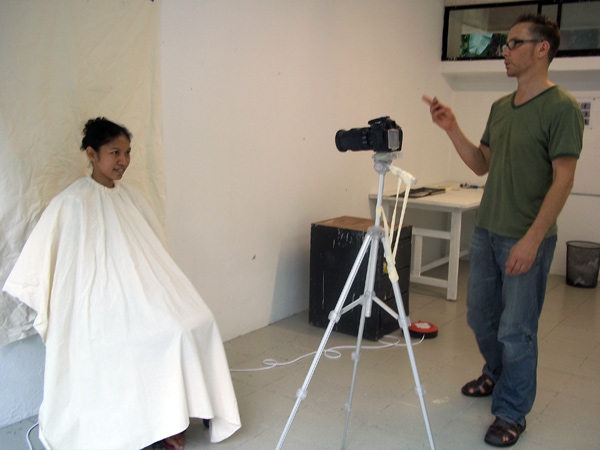 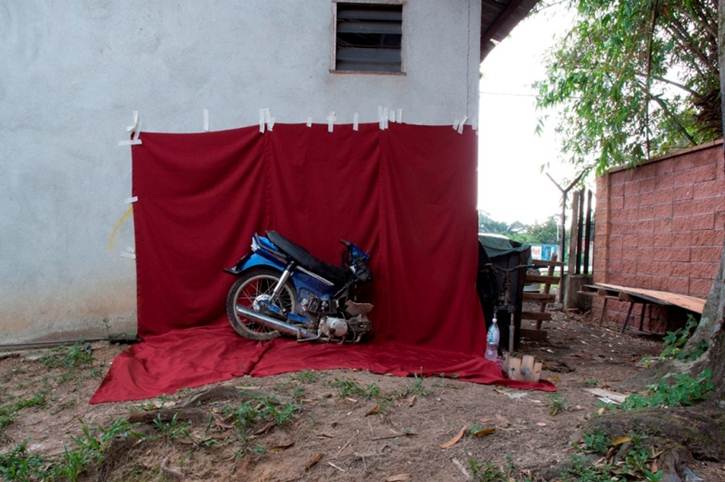 In 2010 on an Asialink artist residency at Rimbun Dahan, Malaysia, Pelchen witnessed life in the balance and produced the foundation of a body of work titled Kuang Road Prayer.

Through reflection and continued artistic engagement with Malaysia, Pelchen has expanded this evocative body of work. Issues of change, vulnerability and resilience, at the core of  Kuang Road Prayer, are explored in this exhibition through drawing, photography, video and sculpture.

Born 1960 in Horsham in North West Victoria, Anthony Pelchen studied Economics at Monash University and a decade later painting at the Victorian College of the Arts.

Common to all his work is an overriding interest in the fine lines and shifts between physical and psychological states and how a dominance of one inevitably points to the absence and potential of another. This has involved work across media – painting, drawing, photography, video, sculpture and installation – all incorporating elements of repetition, austerity and subtle change within set structures.

Throughout the 1990s he lived in Melbourne and exhibited widely in artist-run, institutional and alternative spaces. He has exhibited twice in Osaka and has been represented in various surveys of painting and drawing over the past twelve years. He has had numerous residencies in Australia and Japan and has been the recipient of Arts Victoria grants for new work, presentation and international cultural exchange.

Since 1998 he has periodically collaborated with Melbourne-based performers Yumi Umiumare and Tony Yap in gallery, church, landscape and performance environments in Australia, Japan and Denmark. Between 1999 and 2007, he jointly conducted Butoh/drawing workshops at his base on the Wimmera River, west of Horsham. In 2007 he continued a biennial use of the local Natimuk Lutheran Church as an installation space, collaborating with 222 local and Japanese children.

In 2008/9 he participated in Drought – Cross Cultural Collaborations. Curated by Lella Cariddi,  it resulted in new solo and collaborative work being presented in 2008 in Melbourne at the National Gallery of Victoria, Australian Centre for the Moving Image and Federation Square. In 2009, installation work was commissioned for the Murray Darling Palimpsest #7, Mildura, and the Gold Mining Exchange Building in Ballarat.

His work is represented in collections including the National Gallery of Victoria, John McBride Collection, Australian Print Workshop and Artbank.

Since 2000, he has lived back on land on the Wimmera River in NW Victoria.