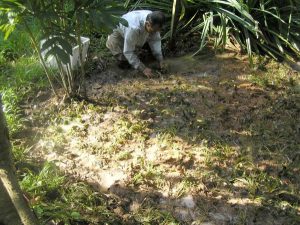 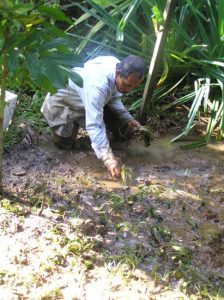 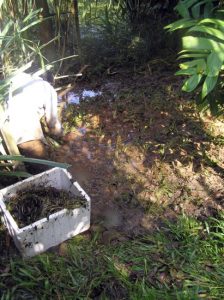 Cryptocoryne minima, an exceptionally rare water plant, was recently found in the Sungai Buloh Forest Reserve, and some of it has been moved to the water garden at Rimbun Dahan. The Curator of the Fresh Water Plant Collection at Zoo Negara, Mr Herman Bernard, retrieved the plant with volunteers from the Malaysian Nature Society, when it was announced by the press that the Selangor State Government is planning to spend up to RM 100 million on ‘development’ in the park. MNS has been trying to have the reserve protected as a Community Forest Park. Currently the area has no clear planning status, and despite the protests of the Kota Damansara community, the State seems intent on going ahead with its ‘development’ plans.

The most upsetting part of the State’s campaign must be the fact that they are playing the religious card, allocating a huge proportion of the rocky reserve for a Muslim graveyard. Has the Muslim community been consulted on this? The State says yes, but advocates for the park say they are yet to find anyone who knows about this.

In the meantime, Cryptocoryne minima has been moved to several alternative locations such as Rimba Ilmu at Universiti Malaya, and Rimbun Dahan. It likes a shady location, but can also thrive in full sun. At Rimbun Dahan it has been planted under the shade of a large Pandanus where a stream comes into a pond, above the open water where it could be damaged by Tilapia. The photographs show Raslan Hamzah planting ‘sama padi’, as he put it, in knee deep mud.