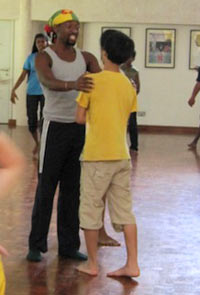 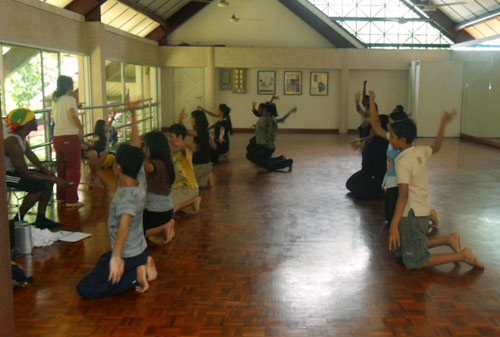 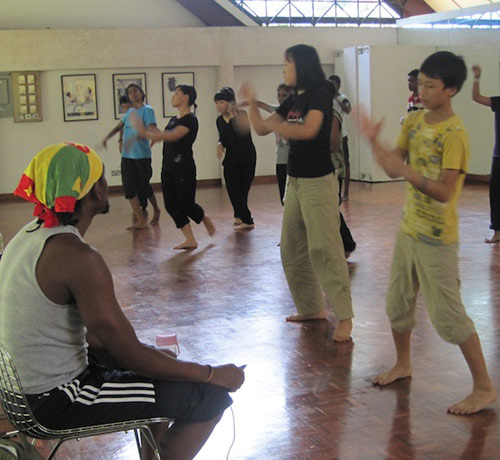 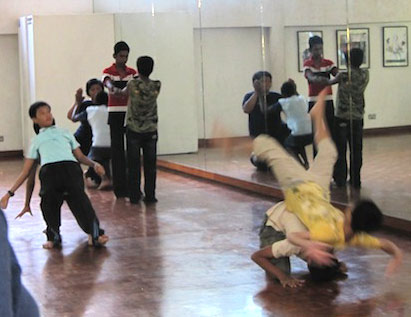 ‘Dancing to Connect’ is a five-day dance workshop program that Battery Dance Company, New York, has been introducing all around the world as a mean to provide teenagers with the tools for getting in touch with the dancer within and choreographing their own performances. It aims to engage international youth in creativity and team building through the American art form of modern dance. DtC was launched in Europe in 2006, Asia in 2008 and Africa in 2009.

At the end of September 2011, five teams of teachers combining members of Battery Dance Company and dance students fom Malaysia’s national arts academy ASWARA ran Dancing to Connect workshops in Malaysia. One of these teams was centered at Rimbun Dahan, and was attended by students from Harvest School in Sentul and Sekolah Menengah Kebangsaan Tuanku Abdul Rahman in Batu Arang.

The students from Harvest School stayed in accommodation at Rimbun Dahan, accompanied by Jade Ong from Lotuspond Outreach. Led by Bafana Matea of Battery Dance Company, and Murni Omar from ASWARA, the students rehearsed for six hours every day to prepare for their final showcase performance which took place at Mong Kiara International School.

Support for Battery Dance Company and for meals for the Dancing to Connect participants was provided by the American Embassy, Kuala Lumpur.