Dipika Mukherjee (Malaysia) is an author and sociolinguist. Her work, focusing on the politics of modern Asian societies and diaspora, is internationally renown. In the past years, she has given a keynote at the Asia Pacific Writers and Translators Conference (Bali, 2017), juried at the Neustadt International Literary Festival (USA, 2018), spoken at the Hearth Festival (Wales, 2018) and the Singapore Writers Festival (Singapore, 2017); she has also given public talks at the University of Stockholm (Sweden, 2018) and the International Institute of Asian Studies (Netherlands, 2017).

I have a very personal stake in telling Malaysian stories, especially those that promote social justice. I believe that the growing intolerance of our world today (in Malaysia, India, and the US) requires voices to advocate for tolerance with stories that span our imperfect, violent world and not merely shine a light on a particular region or nation or race.

Ode to Broken Things, Dipika’s Man Asia Literary Prize-longlisted debut novel, is set against the religious and ethnic conflicts simmering in politics and explores notions of nationalism and citizenship in Malaysia.

During her residency here at Rimbun Dahan, Dipika will be conducting a workshop called A Picture; A Thousand Words. Reviewing ekphrasis (the art of writing about images), this workshop will look at how art has inspired writers in the past by focusing on writing inspired by paintings and imagery. Then participants will review a number of Malaysian visual art on display at the Rimbun Dahan gallery to write poems and short prose. All writing levels welcome. 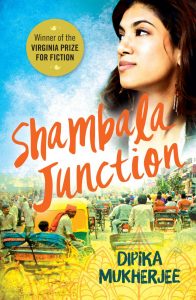 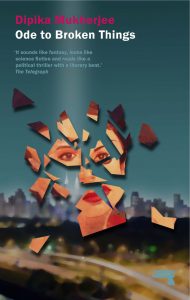