Goh Sze Ying (b. 1983) is a visual designer and researcher based in Kuala Lumpur. In the past decade, she has had many disparate roles in the areas of art, design, and urbanism. Her work is predominantly concerned with the relationship between design and politics in urban public space.

Between 2011 and 2014, Sze led an initiative advocating participatory urbanism called #BetterCities. While at #BetterCities, she developed various programmes – from public talks, private-public partnerships, workshops, research projects and urban interventions – framed around how art, design, and architecture can introduce tactics and situations capable of transforming the city into a playground of collective or individual actions. Some of these projects had been exhibited in Rio de Janeiro, Berlin, Kuala Lumpur, and George Town. More recently, she completed her MA in urban sociology in London and a research residency at Zentrum für Kunst und Urbanistik (ZK/U) in Berlin. Since then, she is more focussed on research-based projects.

Presently, she is researching and developing an exhibition that will be staged in 2017 as part of a curatorial development programme under the aegis of Japan Foundation Asia Centre. Her exhibition proposal foregrounds the Southeast Asian haze crisis as a framework of inquiry to tease out socio-economic, geo-political, environmental, and technological narratives and issues in Malaysia and the region.

Her residency at Rimbun Dahan is intended to explore and develop a curatorial approach to look at exhibitions as archives and exhibition-making as a research methodology. 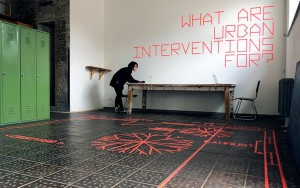 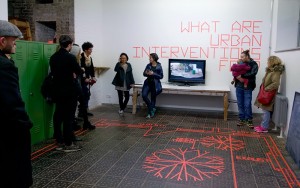 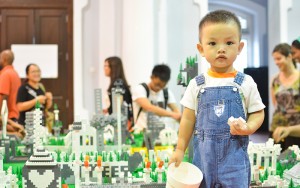 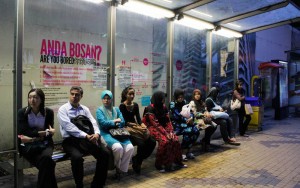 While We Wait, image credit: Sze/#BetterCities