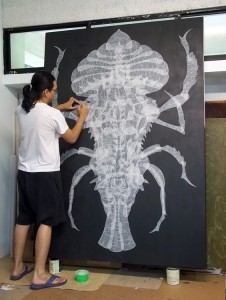 Haslin Ismail in his studio at Rimbun Dahan, with his work for the 2011 Art for Nature exhibition.

“I call the new body of artworks done at Rimbun Dahan ‘Ghost in the Shell’. Taking the same title from the work of Masamune Shirow’s manga and anime adaptation from director Mamoru Oshii, it is an experiment of two main components: the flesh and the machine. The clash between these two elements is highlighted by the creation of robots, machines and human anatomy. They relate to each other and give rise to an expression of function and technology. Visually, both the science fiction and fantasy world that dominate the atmosphere of my artworks present a wide range of routes and exciting explorations. I am a fan of the works of science fiction and fantasy visions such as Jules Verne, HG Wells and the great silent movie “Metropolis” by Fritz Lang. The amazing world of Osamu Tezuka, the super-galactic Star Wars trilogy, the genius of Hayao Miyazaki and Katsuhiro Otomo and so many more great masterpieces from the great masters of sci-fi and fantasy are my stimulation. When drawing, painting or creating works, I feel as if I am in their world, fighting with monsters on/from planet Mars or at war with damaged robot(s).” 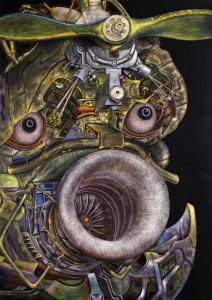 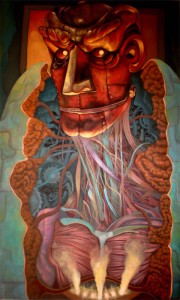 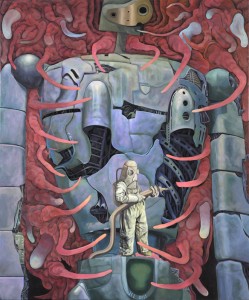 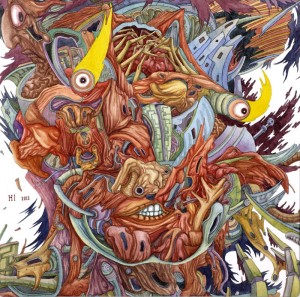 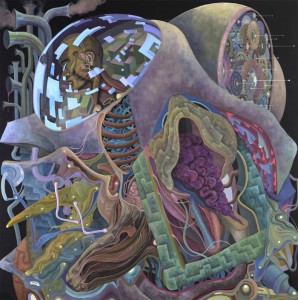 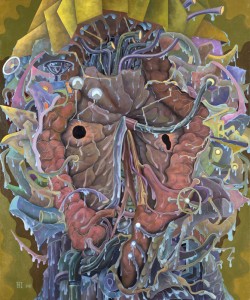 Haslin Ismail (b. 1984) from Johor graduated with a Bachelor of Fine Art (Honours) from Universiti Teknologi MARA (UiTM) in 2007. He has been creating and exhibiting his fantastical art pieces in various exhibitions since 2000. He was winner of the grand prize for In-Print: Contemporary British Art from the Paragon Press held at National Art Gallery in 2006. His first solo exhibition ‘Exorcismus Persona: Windows Into Fantasy Worlds of Haslin Ismail’ was at the RA Fine Arts Gallery in 2009. He was also the grand prize winner for the prestigious Young Contemporary Award (2010) at National Art Gallery with his entry of a complex and intricate paper/book art installation.He has also participated in group shows at National Art Gallery, Petronas Gallery, Taksu, Zinc, Valentine Willie Fine Art, Wei-Ling Gallery and the Annexe at Central Market.