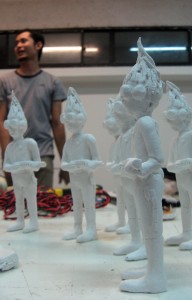 Azam Tajol Aris is Rimbun Dahan’s Malaysian year-long artist-in-residence. He graduated in Fine Arts from Universiti Institut Teknologi Malaysia, in 2007. Born in Perak in 1985, and growing up into the digital age of internet technology, it is the popular-culture world of graphic novels, anime and internet ‘ready-made’ third-hand or regurgitated information that informs Azam Tajol Aris’ art practice. In the current state of information saturation, a threat that ‘all is rumour’ requiring a challenging critical response is what seems to push Azam towards the satirical in his work in a light-hearted social commentary.

Azam’s current work at Rimbun Dahan is in three-dimensional form. It is the first step in a slight shift in direction. He has made multiple plaster casts of a male figure resembling a soldier to create an army of ‘clones’. There is also a cast plaster figure of one clone-member who must be the general, his mouth in an ugly gape, shouting out an order for conformity.  Instead of a helmet though, the clones all have their hair gathered into a peak at the top, a cross between a headgear found on ancient Ramayanawayang kulit characters and a popular latter day hair style.

As ‘puppet master’ or dalang, Azam himself acts as a conduit for the rapid re-processing and disseminating of information. Gathering a patchwork of data, he re-creates ‘still-life’ mute scenarios or vignettes in three-dimensions. The germ for Azam’s three-dimensional ‘stories’ is information that had already been pre-processed and then re-processed and re-translated. Azam completes the mythologizing process by re-packaging the pieces of information into a critique. 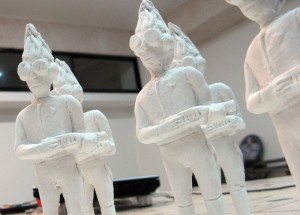 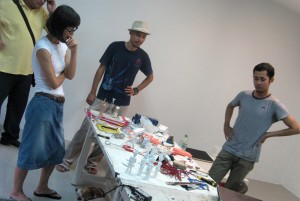 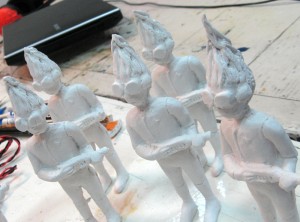 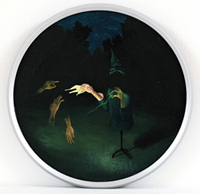 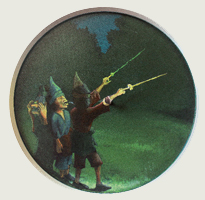 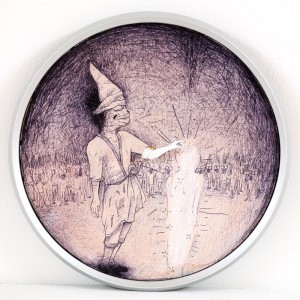 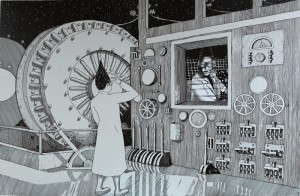 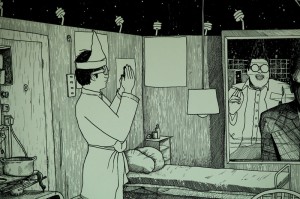 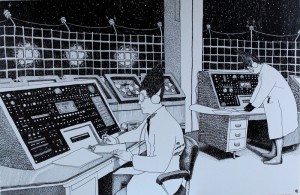