Ibed Surgana Yuga was born in a traditional Balinese farming family, 14 August 1983. He has been living in Yogyakarta, Java since 2003 to complete his theatre direction study in the Theatre Department of the Indonesia Arts Institute of Yogyakarta.

In 2012, Ibed initiated the Kalanari Theatre Movement, an institution which conducts cultural movements through theatre works. The objective of Kalanari is to reaffirm the bond between performance and society, and to inspire people to develop their cultures. In Kalanari, Ibed has framed his works through the concept of engaging intimately with space with ‘space’ understood both in a broader social and cultural context and more narrowly as the physical (natural and architectural) space of performance. His theatre works are site-specific so as to give highest value to improvisation.

He’s applied this concept by working with groups such as villagers, labourers, traditional art communities, domestic workers, interdisciplinary artists, etc. Ibed has worked in and around Indonesia, in historical, natural and architectural sites. He has also worked internationally, in Japan, Singapore and Ireland. He’s given meaning to his works as not just a collaborative artistic work, but a cultural dialogue. According to Ibed, theatre is neither for the creation of only performances or artistic works; it has a noble vision and mission to develop society’s cultures by emphasizing values of humanity.

During his short residency at Rimbun Dahan, Ibed wants to create a theatrical work based on ideas of engaging intimately with the natural, architectural and textual (story, history, myth, etc.) aspect of the site. He aims to choose a site in Rimbun Dahan by digging into the many textual aspects of the site, which will then be interpreted to create a site specific performance which is blended with his cultural background. He hopes to collaborate in this endeavour with local artists in any disciplines.

Find out more about Kalanari Theatre Movement, and see photos and videos of Ibed’s work on Flickr and Youtube. 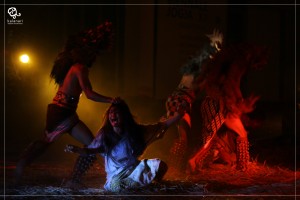 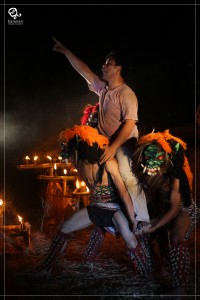 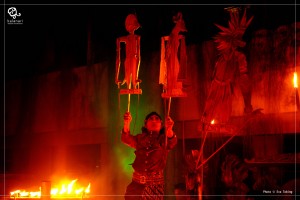 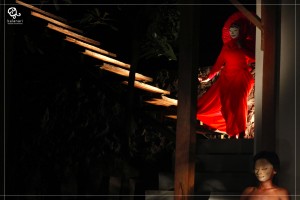 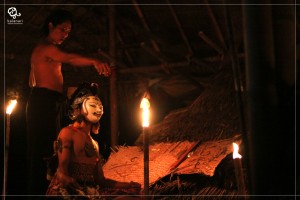