Michel Lambert is an accomplished jazz drummer, composer and visual artist. He is currently working on a series of visual scores, collages and drawings combined with music that will eventually be performed by improvising musicians as well as classical trios. Jeannette Lambert is a jazz vocalist and multi-media artist who uses active dreamwork in her creative process (click here to see one of her works, Dream Haiku). She uses intuitive techniques to write poetry that is then performed by her trio which includes Michel Lambert and her brother, jazz guitarist Reg Schwager. Currently she is studying the idea that dreams, imagination and improvised music all inhabit the same space. They are both based in Montreal, Canada.

During their residency in July, Jeannette and Michel will gather ideas and inspiration from the surroundings and work on compositions and artwork for their upcoming performance later in the month in Toraja, Sulawesi. They are joined in their stay by their two sons who are also highly artistic, both in music and visual art, like their parents. As a family, they love to travel for inspiration and collaboration while dedicating their time to creating art. In previous summers they have attended artist residencies in Paris, Barcelona and Italy.

Jeannette, Michel and Reg have a musical collective called Jazz from Rant and have produced over 50 recordings of jazz and improvised music. Raised in Canada, Jeannette and Reg are from Dutch Indonesian parents and many of Jeannette’s songs reflect this cultural identity. Michel is from Quebec City, descended from a family of many classical musicians and composers and he draws on this background for many of his orchestral works.

For more information on their projects and creative ideas you can visit Jeannette’s website and Michel’s website. Jeannette, Michel and Reg gratefully acknowledge the support of the Canada Council for the Arts, which last year invested $153 million to bring the arts to Canadians throughout the country. 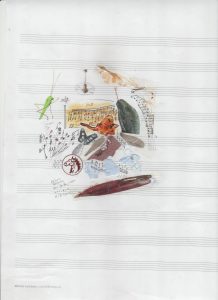 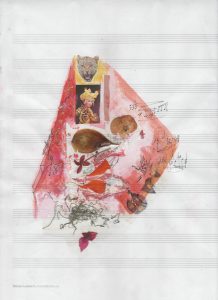 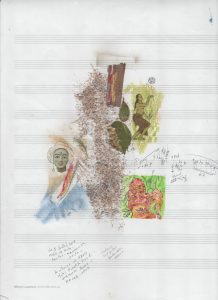