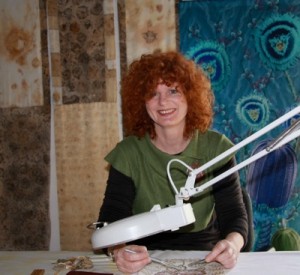 Julie Ryder is a textile designer and artist who lives and works in Canberra. Initially trained in science, Ryder graduated from the Melbourne College of Textiles in 1990, and completed a Master of Arts (Visual Arts) degree at ANU, School of Art in 2004. In 2005, Julie was awarded the inaugural ANAT Synapse New Media Artist in Residence at the Australian National Botanic Gardens in Canberra. She has been the recipient of many awards and grants, most notably the Gold Medal at the 1997 International Textile Design Competition in Taegu, Korea, the 2004 CAPO Singapore Airlines Award, a 2006 Australia Council VAB New Work Grant, and several grants from artsACT. She has undertaken several artist residencies, including Hill End, Iceland and Bundanon and is a 2013 Asialink Visual Arts Resident at Rimbun Dahan.

During her 3-month stay at Rimbun Dahan Julie will be completing work for an upcoming solo exhibition later this year, and will be starting new work using the plants growing here as dye sources for both paper and textiles. She will also explore traditional textile and fibre techniques to inform future work.

She has exhibited in many solo and group exhibitions, both nationally and internationally, and is represented in the collections of the NGA; NGV; Powerhouse Museum; AGSA; BRAG; Textile Museum, Tilberg, Netherlands; Tamworth City Gallery, CSIRO, and many other public and private collections worldwide.

See Julie’s blog of experiences at Rimbun Dahan on her website: www.julieryder.com.au 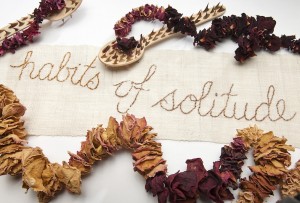 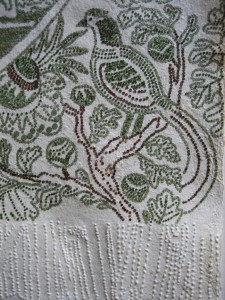