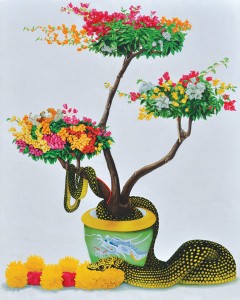 Monika Behrens was one of the Australian resident artist for the year-long Malaysia-Australia Visual Artist Residency in 2009. Her joint exhibition with Australian artist Rochelle Haley and Malaysian artist Shamsudin Wahab was presented in the Underground Gallery at Rimbun Dahan from 28 February to 14 March 2010.

The exhibition included the ancillary event, ‘High Tea at the Pleasure Garden’, a discussion moderated by the managing editors of online arts writing platform ARTERI (Eva McGovern, Simon Soon & Sharon Chin) based on the site-specific installation Pleasure Garden by Monika Behrens and Rochelle Haley in the newly constructed Penang House at Rimbun Dahan. 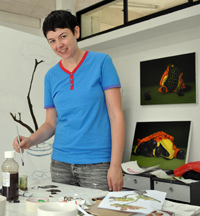 Over the past five years Monika Behrens’ career has developed rapidly.  In 2005 she was selected by Felicity Fenner to be included in the prestigious annual Primavera exhibition held at the Museum of Contemporary Art, Sydney.  Since then Behrens has shown in a number of prominent group exhibitions such as the Sulman Prize at the Art Gallery of NSW, Girl Band at Deloittes, EEA21 at the Museum of Modern Art in Saitama Japan, the ABN AMRO Emerging Art Award and theHelen Lempriere Travelling Art Scholarship at Artspace, Sydney. In 2007 Behrens completed a Masters of Fine Art at the College of Fine Art, UNSW and exhibited the outcome, Silent Bang, at the Ivan Dougherty Gallery, Sydney.  In 2007 Behrens travelled to Europe on an Australian Council ‘New Work’ Grant to research the historical and contemporary political art in Amsterdam, Madrid and Venice. The research focused in particular on the historical war paintings located in the National Gallery of London and resulted in two bodies of work based on the Australian History Wars exhibited at Gallerysmith in Melbourne and Firstdraft Gallery in Sydney. In 2008 Behrens undertook a year long studio residency at the National Art School resulting in a show at the NAS gallery. Behrens currently is represented by Breenspace in Sydney (www.breenspace.com) and Gallerysmith in Melbourne (www.gallerysmith.com.au).

Under the guise of still life oil paintings comprised of playful, nostalgic and seductive objects Behrens works subversively with serious and insidious ideas. Her work is based broadly on themes of loss, violence, deceit, power plays within society and the subsequent impact on the vulnerable. Behrens’ early works were provoked by her perceived manipulation of mainstream thought by the media and how this influence gives rise to fear and in turn invokes oppression.  These particular works focus on current worldwide events that often involve violence with the opinion that violence is both a barbaric way to deal with conflict and a senseless form of self-expression.  More recently Behrens’ practice has developed into well considered studies which are historically informed and concentrate on her own cultural context, including political, social, and environmental perspectives.  While on residence at Rimbun Dahan, Behrens aims to focus on contemporary political issues within Malaysia.  Local organic materials and Malaysian toys will be employed to create works that contrast perpetrators with victims, violence with peace and destruction with sustenance. 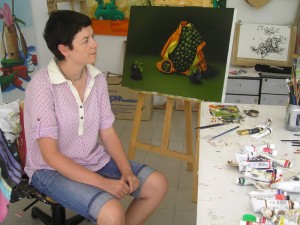 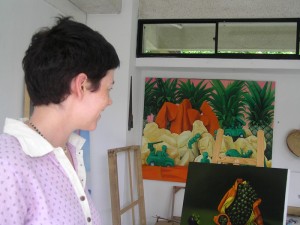 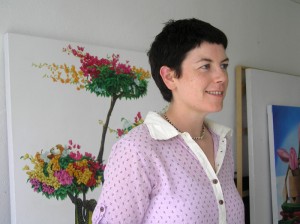 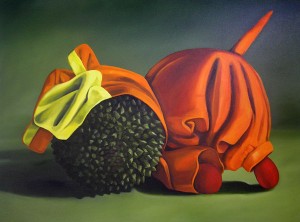 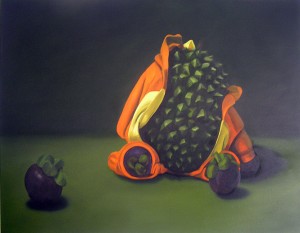 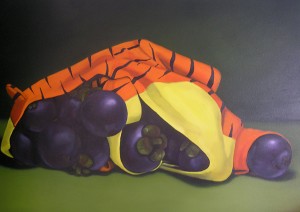