Nadhir Nor (b. 1994) is an illustrator based in Sungai Buloh, Selangor. Graduated from The One Academy, Sunway he aspires to dabble in as many media he can try on from a mural commission for Urbanscapes (2016), to designing journals and sketchbooks for Journalife (2017). He is also interested in all things otherworldly. Mythology, ancient cultures and its relationship with modern society are some of the major subjects explored in his works. He believes that there’s something about finding the otherworldly in the mundane and vice versa, and this makes a story worth told. He strives to share as much magical body of work as he can with the world.

Nadhir is our resident artist for August – September 2018. For his stay at Rimbun Dahan, he will be exploring ways to bridge his works back to traditional media. He wants to try to reconnect with the physicality and textures that traditional work has to offer while also exploring world-building fictional folklores in local cultures. 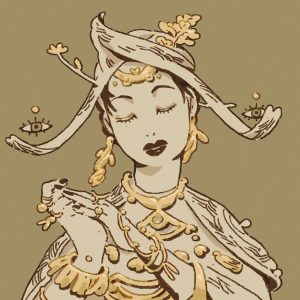 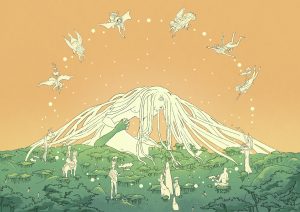 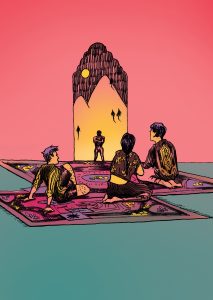 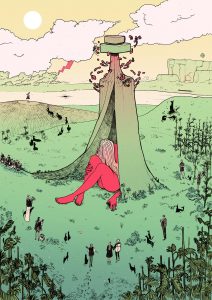 One thought on “Nadhir Nor”