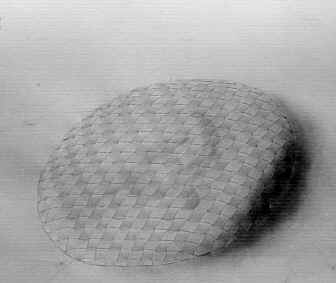 Nadiah Bamadhaj was in residence at Rimbun Dahan in 2005 alongside her spouse Arie Dyanto. A number of Nadiah’s works are in the Permanent Collection at Rimbun Dahan. Angela Hijjas also opened the exhibition of her work, ‘1965 Rebuilding its Monuments’, at Galeri Petronas in 2001.

Nadiah Bamadhaj (b. 1968, Petaling Jaya, Malaysia) was initially trained as a sculptor at the University of Canterbury in New Zealand but now produces drawings, sculptures, installations and digital images. She has worked in nongovernmental organizations, lectured in art, and has written on both Malaysia and Indonesia. In 2000, she began her fulltime art-practice and was awarded the Nippon Foundation’s Asian Public Intellectual Fellowship in 2002, electing to spend her fellowship period in Yogyakarta, Indonesia, where she currently lives with her husband and son. Her artwork continues to focus on the social intricacies of Yogyakarta’s society, using myth, architecture, and dwelling to articulate her observations.

1965: Rebuilding its Monuments
An Installation of Drawings by Nadiah Bamadhaj

I am honoured to be invited to open this outstanding exhibition in Galeri Petronas. I have been intrigued by watching Nadiah weave paper into maps and sculpt forms out of plaster of Paris, but I did not have a clear understanding of the cohesion of the exhibition until I saw the final display of the scale and content of her intentions.

The title Nadiah chose, 1965 Rebuilding its Monuments, unites all the disparate elements into a cohesive creation. I suspect that all of us have a fragmented understanding, at best, of the events in 1965, but this exhibition brings them all together. The exhibition highlights the separate events of the overthrow of Sukarno by Suharto, the subsequent slaughter of suspected Communists in Java and Bali, the split between Malaysia and Singapore, and the foreign construct of the domino theory that overshadowed the entire region. The year 1965 represented a major turning point in the history and culture of this region, and Nadiah’s exhibition forces us to realise not only that no event occurs in isolation, but also that a new marker or monument of 1965 is required.

I would like to note some of my impressions from viewing the exhibition.

The first segment represents the arsenal of Communism in Indonesia, and the wave of revolution and violence from Jakarta which topples the original monument to independence from colonisation. The catastrophe of crisis is brilliantly illustrated by the torn hole of society’s woven fabric, frayed and broken around a black abyss, and the sheer size of the archipelago as it stretches beyond the horizons, with only violence for a compass.

The next segment commemorates the subsequent bloodletting. Half a million people were slaughtered by militant Muslims in the backlash against Communism, while the Indonesian military stood by. In Nadiah’s work, the sparseness of the remaining landscape is haunted by the lack of figures, even the tomb stones are massed together in an unfamiliar and unacceptable way. A single monolithic stone is felled in grief, while Arabic numerals spiral out of control.

The quieter worlds of Malaysia and Singapore were not immune to the upheavals of that year. The declared objectives of ‘peace, tolerance and stability’ were undermined by communal insecurities. In the next sector of the exhibition we see the postcolonial network coming apart in our own country, as Singapore was forced out to find its own way. The emergence of the so-called Malay Ultras effectively destroyed the marriage, and we see the procession of the hantaran (gifts in a traditional Malay wedding) tumble into the crevasse.

The final sector of the exhibition looks at how the rest of the world perceived the region at this time, a perception dominated by the so-called domino theory. Escalating tensions in the region between Communism and the American Way were an unspoken omnipresence in Southeast Asia. Now it is apparent that many events at the time were engineered by the centres of the Cold War. In Nadiah’s work, the tiny local protagonists are surrounded by the interests of these larger powers, disguised in the traditional regalia of the shadow play. The larger powers, like the shadow puppeteers, were supposedly magnanimous, but ignored the needs of Southeast Asia for the sake of their own agendas.

The exhibition comes full circle, returning to the arsenal of Communism and the violence between Right and Left, the recent horrors, and the reactions of neighbouring countries and the international community. After several revolutions of the exhibition, one has an impression of the drama and complexity of those times and of how each event fuelled and influenced the others. Traditional history tends to itemize events on a time scale and from a single point of view, but experiencing the power of these individual events and realizing how they influence each other is the great message of this exhibition.

There is also another imperative in this show: the need to commemorate by reinventing our monuments.

After the First World War between 1914 and 18, monuments sprang up all over England propounding ‘For God, King and Country’, glorifying the dead while while never questioning the responsibility of the existing power structure. But the process of modernization unleashed by the war left people feeling betrayed by the same God, King and Country. The tone of later monuments changed to ‘Never Again’ and ‘Lest We Forget’, which provide none of the comfort of glorious death but reassert the absolute imperative to remember.

The monument to the Vietnam War in the United States is a memorial that was very long in coming. It commemorates a lost war with a discredited cause. It honours individual soldiers who gave their lives, but it still only tells one side of the story. One day I hope there will be a parallel monument to the other sides. Any monument, like the Vietnam War Memorial, reminds us of the imperfections of history and the necessity for constant revision. Periodically we need to recast our monuments in a manner that relates to the changes we have experienced since, because any monument to a major event also marks the beginning of a new era that was built on the past.

Often damage is caused not just by the commemorated events, but by the monuments that remain to perpetuate the old myths. There is no predominantly right way to remember and memories do change over time. Rather than accepting the platitudes of existing monuments and the history books, this exhibition marks a new interpretation of an important period in the history of Southeast Asia, calling us to build again on our new understanding.

Quite apart from the cultural importance of Nadiah’s exhibition, the work is remarkable in Malaysia because it deals not only with visual impact, but with underlying ideas. Betrayed by history as written in books, Nadiah communicates her strong intellectual ideas in a different medium. Not only has she accomplished the presentation of ideas as an art form, but she has built a new monument to remembrance, cast in the idiom of our own time but in memory of all that has gone before.