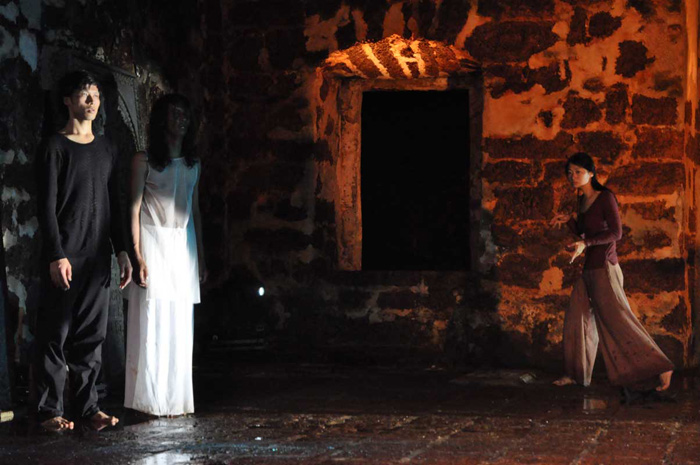 Korean artist Natalie Kim Kyungmi began to explore her interests in contemporary dance during a stay in Malaysia in 2010. She performed in Dancing in Place in August 2010, followed by a brief mentorship at Rimbun Dahan with Japanese-Australian butoh dancer Yumi Umiumare and an appearance at the Melaka Art & Performance (MAP) Festival in November 2010. Natalie moved back to Korea in 2011.

Here Natalie discusses her experience of the mentorship and the festival, accompanied by photos by Anthony Pelchen. 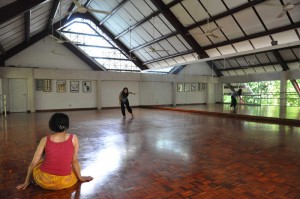 “Just before the festival, I was privileged to have a personal mentoring workshop with Yumi, supported by Rimbun Dahan. We started the workshop by previewing my work and it was a truly valuable and thought-provoking process with lots of mutual brainstorming and discussion. Her methodology was inspiring as she never imposed any answers or theory but just threw questions at me to look into and explore. Her tremendous mentoring helped me focus on natural strength and emotion while understanding the virtues of dance performance.

Personally we’ve became very close friends with extra gin and tonic sessions every night during festival and her enthusiastic mentoring has never had a break since the festival till now!” 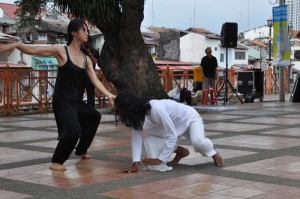 “Here I am performing ‘Mapping’ with Agung Gunawan (Indonesia) in one of the site-specific performances around Melaka town.

Each performer performed twice a day in different sites, either solo or in collaboration. I was lucky to get to perform with performers from diverse backgrounds such as Malaysia, Vietnam, Australia and Indonesia. It was a valuable learning collaboration process, seeing how my emotion and body could react and tune into all the different energies and movements, and, finally, with the audience.” 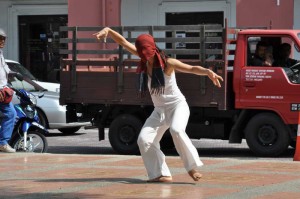 “Before the festival, I had come across news about a women executed in public in Iran by stoning to death. This piece was dedicated to her and all women who are still oppressed in many ways. It also reflects my personal experiences encountering different cultures which have different values and perceptions of gender.” 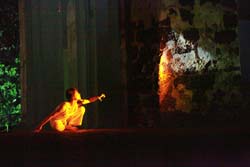 “Here I am performing my solo ‘Prophecy’, as part of the Cerita Pendek (Short Works) program. In this performance dance work I explore the hope of transformation across the passage of time.”

“This picture, and the one at the top left of this page, shows Eulogy for the Living, the group performance at the finale of the festival. I am with with Ikko (Japan), Agung (Indonesia) and Tho (Laos-France). 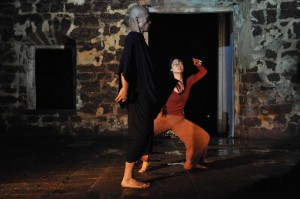 The process of creating this work was very inspiring as each performer had his or her own solo, yet needed to tune into others’ independent parts in an improvisational way until the final group encounter. During every rehearsal there was lots of discussion and experimentation to make this finale a ‘community-like’ performance.”

One thought on “Natalie Kim Kyungmi”