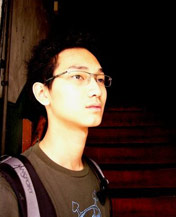 Wong Yoke Hin Nicholas took up a one-month residency at Rimbun Dahan in August 2008. He read some of his poetry in an informal presentation in the Underground Gallery on 25 August 2008. During his residency, he worked on pieces about Malaysian flora and fauna, as part of his first poetry collection.

Nicholas Wong was born in Selangor, Malaysia. He was a recipient of the 2008 Academy of American Poets Award while at Columbia University, where he will soon commence his second year in Comparative Literature and Society. He has also received the Foyle Young Poets of the Year Award 2006 and the Singapore Young Dramatists Award for playwriting, among other awards.

His publication credits include The Rialto, Softblow, Quarterly Literary Review Singapore, Tablet and he has been featured in several local newspapers and magazines. He has read his poetry at Dram Projects, Seksan Gallery, National University of Singapore, MPH Bangsar Village and No Black Tie. He was also one of the judges for “50 Years, 50 Heroes: Young Malaysians You Need to Know” essay writing competition, and was part of the editorial team for Inkyhands, an e-zine to promote new Malaysian writing. He was proud to host Preeta Samarasan for her reading of her debut novel Evening is the Whole Day at Barnes & Noble, Columbia University. Besides writing, he loves playing the piano and harpsichord, and is currently learning how to cook.