Riel Jaramillo Hilario (b. 1976) is a Filipino visual artist and curator, and was born in Vigan, Ilocos Sur, Philippines, which like George Town, is declared a UNESCO Heritage Site. He is a sculptor, painter and an art historian and was the curator for the Pinto Art Museum in Antipolo, Rizal.

Hilario’s main body of work are hand-carved wood figures inspired by rebultos, a colonial art form of religious statuary that was introduced from Spain to the Philippines by way of Mexico in the 1600s to the late 1900’s. Hilario uses the rebulto depicting subjects that are “para-psychological” phenomena, such as presences, place memories, popular mythologies and dreams. For the artist this practice fulfills the need “to render visual” that which are unseen. For his residency at Hotel Penaga in the month of August, Hilario will deploy “Place Memory” – a project that attempts to collect and take note of, occluded and manifested presences and psychic histories in and around spaces in George Town.

Hilario is a Cultural Center of the Philippines Thirteen Artist Awardee (2012). His work has been shown in several exhibitions in Adelaide, Jakarta, Hong Kong, Singapore, London, Basel, Delhi, New York, Paris and Berlin. He has been artist-in-residence in Paris at the Cite Internationale des Arts (2012) and in New York at the Lower Manhattan Cultural Council (2013) as a fellow of the Asian Cultural Council.

Riel was a Hotel Penaga resident for August 2016. For more information on Riel’s work, please visit his website. 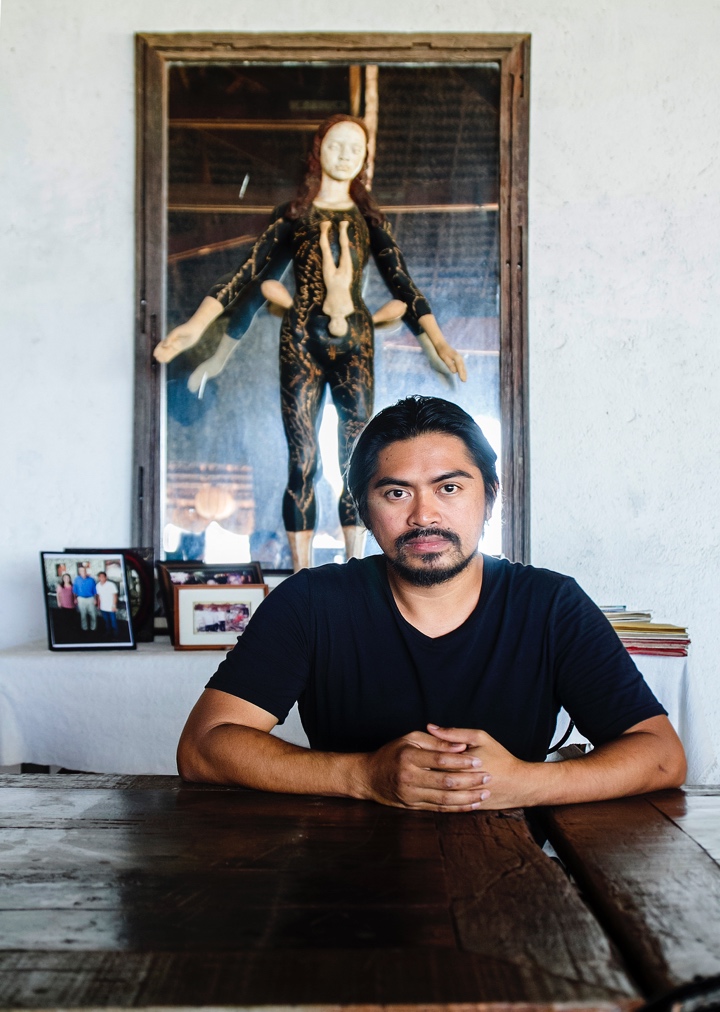