Sabine Reindel is a German-born fine art painter, whose work concentrates on cityscapes. During her six-weeks residency at Rimbun Dahan she will continue her series of cityscapes she has started to create while she was practicing law as an attorney in the United Arab Emirates. Thereafter she continued working on cityscapes in San Francisco where she earned her master of fine art at the Academy of Art University, in New York where she studied at the New York Academy and the Artist Students League of New York, and in artist residencies in Thailand, Singapore and France.

My art is about journeys, exploring new places and making them my own. My work concentrates on cityscapes of the United Arab Emirates, where I practiced law for the last eighteen years, San Francisco, where I received my education in art, New York, where I took classes at the New York Academy of Art and the Arts Students League of New York, Thailand, Singapore and France where I had artist residencies over the last two years.

My first calling has not been art. I went to law school in Germany and then worked as an attorney in the Emirates of Dubai and Abu Dhabi. Over the last two decades I moved a lot and I lived in thriving places that changed and still change a lot. With my paintings I try to explore the similarities of these places, but mostly concentrate on the differences. Each place has its unique architecture, which reflects its own unique location on the globe, its special light, its one of a kind flora and fauna. Seeing what make each place so unique makes painting for me so exciting. 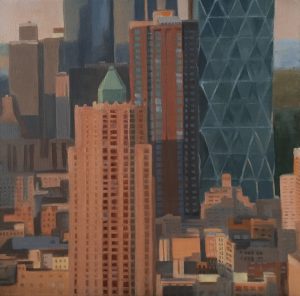 New York Apartment with a view 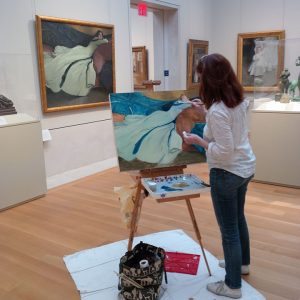 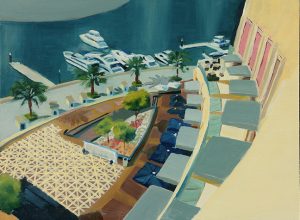 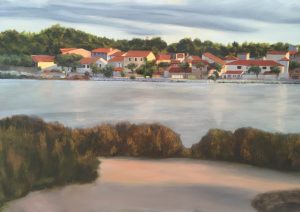 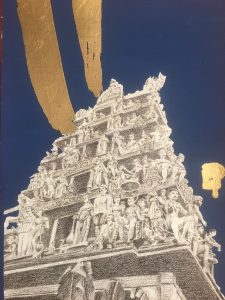 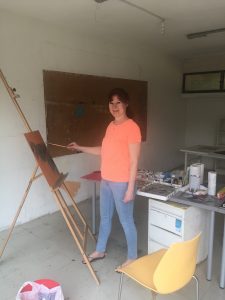 Sabine in her studio at Rimbun Dahan