Syarifah Nadhirah (b.1993) is a Malaysian based artist, who is constantly unearthing means to present her work in ways that people can relate to. Her interest in Art has spurred since childhood and her background in Architecture only inspired her to delve even more into the comfort of painting and the quest to explore herself as a visual storyteller. Oftentimes she finds herself going against the grain whenever seduced by the world of practice as she was always tinkering with creative projects such as holding workshops at Urbanscapes 2017, Yayasan Sime Darby Arts Festival 2018 and Bank Negara’s Women in the Arts Bazaar while drafting floor plans. There is always a challenge to break free from the structural disposition and manufactured schemes that she was used to, hence dabbling with experimental ideations only made sense when she practiced Architecture, which also gave birth to her co-founded creative company called Paperweight Studio.

She mainly uses watercolor and ink in her creations, particularly influenced by elements of water and human relationship with nature. Though, in a residency setting at Rimbun Dahan, she looks forward to an extended time alone to immerse herself in focusing on exploring another old form of art which is lino cut printmaking, a manifestation of labour of love and executing a purposeful thought process rather than the final product. Having perpetually lured by the lush green surrounding her neighbourhood, it is not uncommon for her to reflect that in most of her work. But, the need to recount these green forests became more prevalent to her as the ever-changing urban planning takes over vast lands throughout the years. She is mostly, or rather entirely interested in the current ripples of the perilous state that the Orang Asli (Indigenous People) here in Malaysia has to adhere to, of whom are susceptible to deceit and neglect, even from those who run the country. She hopes to engage in a series of dialogues with them and form a reiteration of appreciation for their unwithered spirit and love for their land.

Syarifah Nadhirah will be with us as a Southeast Asian Arts Residency artist for three months starting from February 2019. You can check out her Instagram here and her Behance profile here. 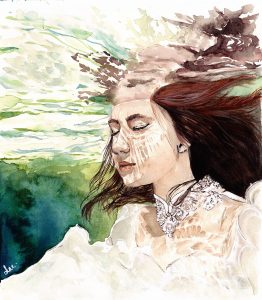 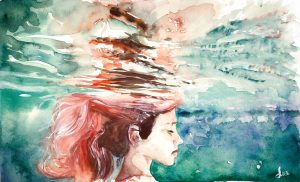 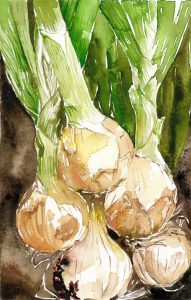 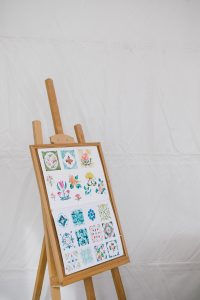 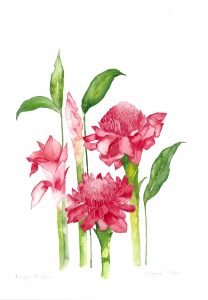